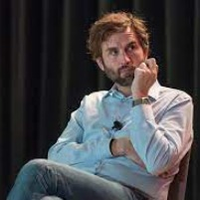 While Wilcke's name may not be as well-known as some of his peers, his resume is on par with the best in the industry. For starters, he is a co-founder of Ethereum and Grid Games, both of which are situated in Amsterdam. On top of all of this, Jeff is a prolific developer whose views are highly regarded by the global crypto community.

The day before Zooko Wilcox publicly joined forces with a group of cryptographers to create new anonymous money, he urged his then-wife to leave her phone at home, lest someone listen in, and join him at a rocky ledge above Boulder, Colorado, where they lived. He discussed his plans to assist in the development of a cryptocurrency that, unlike bitcoin, would conceal not just the names of users, but also the amounts spent and other information that could later be used to identify them.

Wilcox believed that the new cryptocurrency, dubbed cash, would be beneficial to inhabitants of authoritarian and intrusive countries such as China, North Korea, and Syria. But he recognized that hitmen, drug dealers, and child pornographers wanting to avoid detection might find it appealing. He reasoned that making anonymity available to the good citizens came at the expense of making it available to the bad.

Wilcox, now 45, recalls telling her, "I've decided to do this." "'It's terrifying.' I could wind up in prison. I may be assassinated or extorted. I may go bankrupt. It has the potential to crush me in some way. However, it is far too vital to ignore.'