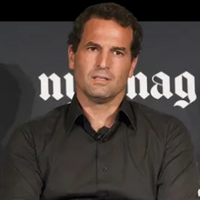 Wences Casares is an enthusiastic industrialist, a true cryptocurrency believer, a passionate entrepreneur, and the CEO of Xapo, one of the largest conservators of bitcoin in the world, which is a bitcoin wallet startup, and it holds $10 billion of cryptocurrency. Casares is an individual who convinced Bill Gates, Reid Hoffman, and others to invest in bitcoin. Additionally, he also founded Internet Argentina, Wanako Games, founded along with Esteban Sosnik, Santiago Bilinkis, and Tiburcio de la Carcova, which later was renamed Behaviour Interactive Chile Ltd, a video game developer company, Patagon, Lemon Wallet, a cloud-based digital wallet that permits users to store digital copies of credit cards, debit cards, reward cards, identification, and other card information, and Banco Lemon, a bank in Brazil.

He held the position of the board at Diem, previously called Libra Association, an authorized blockchain-based stable coin payment system projected by the American social media company, Meta Platforms. Its procedure also includes a private currency implemented as a cryptocurrency. Initially scheduled to launch in 2020, only rudimentary experimental code was released before the project was canceled in January 2022. He is also on the board of PayPal as well as Endeavor.

He was referred to as "Patient Zero" for Bitcoin in Silicon Valley. In contrast, people with limited experience in the bubble of Silicon Valley, he has recognized the challenges exhibited by changeable governments and currencies, such as the complexities of making cross-border payments. This understanding made him realize, much earlier than most, the importance of a global, trustworthy, nation-independent, and vigorous monetary ecosystem. He acquired a Rotary Club scholarship for an exchange student in Washington, Pennsylvania. He attended the University of San Andres to acquire knowledge in business administration for three years but nodded off to launch Argentina’s first Internet Service Provider.