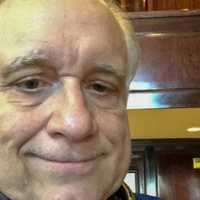 Warren Whitlock is a strategist for digital business growth. He is also a Director/Advisor in the future technology industry. Exponential growth in blockchain, media and e-commerce are his key areas of interest.

He Whitlock is a strategist for digital business growth. In 2008, he published the first book on Twitter and Mobile Marketing, "Profitable Social Media: Business Results Without Playing Games," which became a top seller. He is the host of Social Media Radio and frequently lectures on topics such as social media marketing, online publicity and marketing, social networking, and creating lifelong value for rapid growth. In 2013, Forbes named him one of the Top 10 Social Media Power Influencers.

He assists organizations in transforming into a new way of doing business by utilizing social media, online marketing, and advertising to reach the correct audience of the Internet's 2 billion users. His ground-breaking tactics for integrating mobile marketing, public relations, and lead generation with conversions to return on investment for lifetime value have aided hundreds of firms in achieving immediate and ongoing marketing outcomes.

He has been in technology, business services, and television, and is now working with media, health, and several businesses. He has taught thousands of tiny businesses, authors, and people how to use effective direct marketing strategies to advertise their products or services over the last decade, founded a trade association for imaging products producers, and served on many executive boards. Co-founder of a BillionsRising.com Foundation, which promotes self-sufficiency all across the world. his areas of interest are Exponential growth in blockchain, media, and e-commerce.