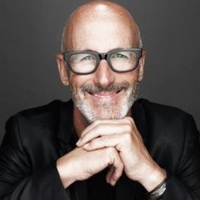 Few global fashion CEOs have had such a significant impact on the digitalization of the fashion industry. The ORDRE Group, which he founded in 2014, has created and released various revolutionary fashion innovations under his leadership.

From 1992 through 2010, Lock owned and operated Spin Communications, Asia Pacific's premier youth, and fashion digital marketing communications agency, concurrently with Australian Fashion Week. Other fashion technology developments initiated by Lock over his career include the first commercial usage of virtual reality headsets for fashion shows in 2000, founding the first fashion week in the world to have a digital presence, and establishing an early fashion blog Stylebyte. Simon is a founding member of the BoF Global 500, an Australian Fashion Laureate, and the author of the best-selling book In The Front Row (Melbourne University Press, available on www.amazon.com). Simon has spoken at Web Summit Lisbon, Conde Nast International Conference London, and other conferences on fashion technology as a keynote speaker.

Throughout his 40-year career in the industry, he has contributed to CNN, WWD, Business of Fashion, Vogue Business, Financial Times, NY Times, Fashion Network, International Herald Tribune, and many other publications as a media analyst. Simon is married to ORDRE Group co-founder Kirsten Lock and lives in Paris and London with their five children.