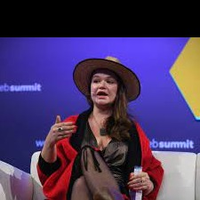 (co-founder at Own Your Data Foundation)

Brittany Kaiser is globally renowned as an expert in data protection, blockchain technology, and legislative reform, she spent most of her career advising governments, companies, and campaigns on policy and strategy. She currently serves as the chair of the board of Gryphon Digital Mining. It is the industry leader in 100% renewable, green bitcoin mining. With zero carbon footprint from the start, She is also a co-founder of Own your data Foundation and digital Asset Trade Association.

From 2014 to 2018, Kaiser worked at the now-defunct political counseling firm Cambridge Analytica as the head of program improvement and business advancement. She ultimately left the organization, uncovering the inward activities of the firm and how it utilized civilians’ data to target voters.

In 2019, She highlighted in the Netflix narrative The Great Hack, a film that investigated the inclusion of Cambridge Analytica in the political scenes of various nations including the United Kingdom's Brexit crusade and the United States' 2016 government political race. Around the same time, she wrote and published a book called Targeted, giving an inside story of how big players are unlawfully gathering and utilizing information to impact individuals' decisions.

She takes part in various projects across different enterprises that work on data ethics and privacy protocols. She is additionally a public speaker that has given talks on prominent occasions at the United Nations as well as the European and British parliaments, G20 and Web Summit. She has additionally given addresses at Harvard, Oxford, and Columbia.