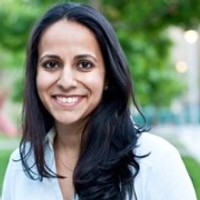 Neha Narula is an enthusiastic, smart, and energetic influencer of the booming technologies of blockchain and cryptocurrency in the fastly growing environment of the industry across the world. Neha is the Director of the Digital Currency Initiative, which is a part of the MIT Media Lab. She primarily focuses on cryptocurrencies and blockchain technology, cryptography, and programmable money. She is now based in Cambridge, Massachusetts, USA. Neha attended the Massachusetts Institute of Technology, earning a Master’s degree in Computer Science and a Doctor of Philosophy. She also attended Dartmouth College, earning a bachelor’s degree in Art, Mathematics, and Computer Science.

Neha is a member of the World Economic Forum’s Global Futures Council concerning blockchain and cryptocurrency and has provided a TED discussion on the subject. Neha is concerned about the change in the ecosystem of the industry as well as her personal life due to the new and emerging technologies of blockchain and cryptocurrency all around the world. She has participated in Paypal’s Blockchain, Digital Currencies, and Crypto Advisory Councils as well as the Federal Reserve Bank of New York’s Innovation Advisory Council.

She has released research on a transaction process for Central Bank Digital Currency in association with the Federal Reserve Bank of Boston, where she received a grant from the Melinda and Bill Gates Foundation labeled "Exploring Central Bank Digital Currency and Financial Inclusion." Previously, she served as a Senior Software Engineer at Google for seven long years. In addition, she also worked at numerous organizations, earning deep knowledge and experience in numerous sectors, such as Ph.D. Candidate and Research Assistant at MIT CSAIL, Data Scientist Intern at Digg, and Director of Research, Digital Currency at MIT Media Lab.