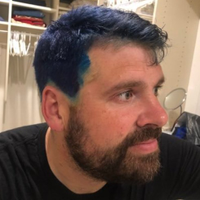 Dr. Green is a member of the Linux Foundation Core Infrastructure Initiative's technical advisory board, which was founded in the aftermath of Heartbleed to address significant Internet security vulnerabilities. Dr. Green is also a board member of the Open Crypto Audit Project, which he co-founded.

Green writes the "A Few Thoughts on Cryptographic Engineering" blog. Green's blog post "On the NSA," which summarised and speculated on the National Security Agency's programs to weaken cryptography, was controversially taken down by Green's academic dean at Johns Hopkins in September 2013 for "containing a link or links to classified material and also using the NSA logo." This was "a strange request on its face," as Ars Technica points out because Green's use of the NSA logo was not "reasonably calculated to convey the impression that such use is approved, endorsed, or authorized by the National Security Agency," and linking classified information published by news organizations is legally uncontroversial. The university eventually apologized to Green, and the blog post was restored (without the NSA emblem), with a Johns Hopkins spokeswoman adding, "I'm not saying that there was a great deal of legal research done" as a justification for the legally arbitrary removal.

Green began his professional career with AT&T Laboratories in Florham Park, New Jersey, in 1999. He worked on initiatives like audio coding/secure content distribution, streaming video, and wireless localization services at AT&T Labs. In 2005, he co-founded Individual Cybersecurity Evaluators (ISE) with two other doctoral students and Avi Rubin. Green was the Chief Technology Officer at ISE until 2011.