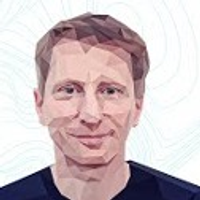 (founder and ceo at Bisq.network)

Manfred Karrer is an ambitious tech lead, and professional game designer who is the Founder, CEO, and developer at bisq.network since 2014. bisq.network is a decentralized transaction, a peer-to-peer network, and an open-source desktop platform that permits users to purchase, sell and maintain bitcoin for fiat securely and privately via the ecosystem of bisq.network. Karrer got engaged in Bitsquare in 2014, he first came to know about Bitcoin in 2011, he found it extremely interesting and began to believe it was the most disruptive and significant innovation from the very start the internet has been introduced in the world. Currently, he is focused on the work of the Bitcoin space and tried to know more about it and successfully established a decentralized Bitcoin Fiat exchange.

He is on a mission in building extremely knowledgeable enthusiastic developers, security experts, and excellent creators to connect with the bisq community who are highly interested in supporting making the platform better. In 2000, he discovered, built, and designed Screenshot.at. Whereas in 2005, he got involved in the leading organization, bwin.com as a Tech Lead, and Senior Flex Developer. Gradually, after five years Karrer joined CMC Markets as Senior Flex Developer, where he worked and acquired experience, and skills for four years.  Additionally, Manfred also worked in Nucleo.io as an iOS Developer, it is a Mac/Windows application used to organize, export, and customize every icon, and has a library of 32239 icons.