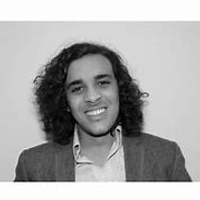 Jordan Lazaro Gustave is the Chief Operating Officer of Aave, which provides blockchain, cryptocurrency, fintech, smart contracts, finance, lending, technology, payments, and custodial service, based in London, England. He is an enthusiastic participant in the technology business sector, along with a piece of background knowledge in international relations and innovation management. He has comprehensive experience working alongside government officials and financial establishments to encourage innovation.

Currently, working as a founding member at FlamingoDAO, metaverse, and also a leader at Franco-British Council based in London. Previously, worked in ENGIE, which is an energy operator in the three key sectors of electricity, natural gas, and energy services, offering solutions to individuals, cities, and businesses. Additionally, served in many organizations holding the position of Consultant Innovation and International Development at Freelance, Co-founder at TextFugees based in Paris, French Presence and Influence Analyst for SGAE, and Country Risk Analyst at ENGIE.

Gustave completed his education at the University of Paris-Sorbonne earning a piece of knowledge in Innovation and Technology, and at Paris Nanterre University, earning a Master’s degree in International political, Sociology, and Risk Management. Moreover, he has rich knowledge in numerous fields including digital inclusion, blockchain, ICO, European Union, Competitive Intelligence, Python, policy analysis, and international relations.