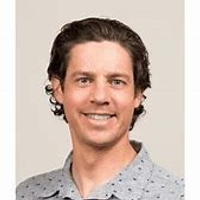 (co-founder and cto at solana)

Greg Fitzgerald is a professional CTO, Co-Founder, and Principal Architect of Solana, a decentralized blockchain platform developed to provide a user-friendly, scalable application for every individual worldwide. Having explored the entire space of embedded systems, Greg has an enlarged history of successes, which includes creating a bidirectional RPC bridge between Lua and C for the BREW operating system, which fruitfully helped launch the ARM backend for the LLVM compiler toolchain. He has been ranked 1,677 in the CB Rank and is based in Colorado.

In 2017, Greg, along with Anatoly Yakovenko, Eric Williams, and Raj Gokal, founded Solana, intending to build the fastest blockchain in the world as well as the rapidly growing ecosystem in the crypto space with numerous projects ranging from NFTs, Defi, Web3, and many other projects. The primary goal of Greg and his team is to provide an ecosystem to integrate once and never worry about scaling again by ensuring composability among ecosystem projects by keeping a single international state as the network scales.

In addition, Greg has also published a wide-ranging category of open source projects, such as a streaming LLVM optimizer in Haskell, a reactive web framework in TypeScript, and license analysis tooling in Python. Previously, he served as the Chief Scientist at Qualcomm’s office.