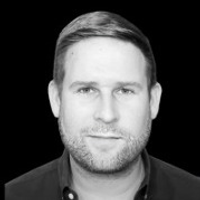 Dan Held traveled to San Francisco after discovering Bitcoin in 2012, where he discovered a regular crypto meet-up attended by crypto pioneers such as Jed McCaleb (Mt. Gox), Jesse Powell (Kraken), and Brian Armstrong (Coinbase). He founded Bitcoin data tool ZeroBlock in May 2013, which was eventually acquired by crypto data aggregator Blockchain.info. He co-founded The Picks & Shovels in 2017, after spending two years working on Uber's app. The company created institutional portfolio management solutions for the crypto sector. In 2019, Kraken purchased its product, Interchange. He joined Kraken as part of the purchase, initially as the exchange's head of business development and then as its growth lead. He is also a well-known crypto influencer, with over 100,000 followers.

He played a critical role at Kraken as the exchange's growth led to a year of unmatched growth and record-breaking volumes. With its Kraken Financial bank in Wyoming, Kraken became the first cryptocurrency company to get a banking license in the United States. After a two-year hiatus, it restored services to Japanese citizens and entered the Australian market for the first time. Staking services on the market attracted $1 billion in user funds in 2020. According to Bitwise, Kraken is the third-largest spot exchange in the world by volume, demonstrating His ability to build the firm.

He has long been a Bitcoin bull, predicting that 2020 will be the start of a significant bull run for the cryptocurrency. His predictions were accurate.

His prognosis that Bitcoin "may reach $1 million" this year may not come true, and his claim that Bitcoin will be "the prelude to the extinction of gold" is also uncertain. As one of Crypto Twitter's most popular influencers, He will continue to share his crypto opinion and observations. He will oversee the revamp of Kraken's web and mobile user interfaces in 2021, as well as the launch of new fiat on-ramps and the introduction of "new financial products" that He claims "will be enormous."