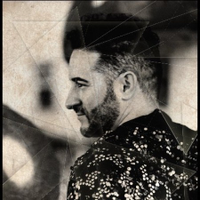 A music label takes music to another level. There’s a certain aura that surrounds the music coming out of Romania. The scene, something that has been in existence since the early 90s has long been acknowledged as a breeding ground for illustrious DJs and producer talent. Anyone with even a passing interest in underground electronic music will attest to that. Having spent countless hours listening to a plethora of music genres while growing up in Romania, Adrian developed a wide knowledge of music, which helped him craft a rich sound of his own. Adrian started exploring the deeper and more experimental side of the music spectrum, His groove-infused sets, blending minimal and deep house, have landed him gigs at venues like Treehouse and Electric Pickle, which subsequently led to a residency at Do Not Sit On The Furniture.

From 2016 to 2018, Adrian shared the decks with the likes of YokoO, Tim Green, Hoj, Brian Cid, Nico Stojan, David Home, Kimball Collins, Robbie Akbal, Kiki, and Gab Rhome, Dance Spirit, Miyagi, Oona Dahl, Dave DK and many more. The launch of the Magician On Duty label in 2016 signaled that Adrian is restless in his pursuit of sharing his musical taste with an up-for-it crowd. Adrian’s sheer eclecticism as a tastemaker quickly starts to pay off.  With a growing interest from the music community, Magician On Duty releases peaked at #1 in Beatport’s Top 100 Minimal/Deep Tech Releases in 2017 along with several other releases in Beatport’s Top 100.

It's a pleasure to see how artists like Adrian are restless, and constantly trying to channel creativity through every medium possible. Adrian is showcasing his demand to continuously master his craft and broaden his musical horizon, and needless to say, it makes for fascinating listening whatever your taste in music maybe.