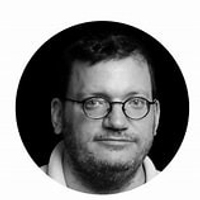 Bertrand Juglas is a professional Blockchain Architect at Request, an open technology that serves as a cooperative bridge between the traditional and digital world by empowering easy-to-use payment requisition on the blockchain, the platform foundation commissions businesses to entitle integral control across their finances. He resides in Bidart, Nouvelle-Aquitaine, France. At present, he is the Founding Member at FuseDAO, which offers individuals and organizations to develop real-world Defi and Web3 products that incites instauration and treasure to the Fuse ecosystem, fraternity, and the deeper crypto world. He always aims to develop and enhance a fully decentralized autonomous organization, administered by the Fuse Assembly, concerning the Fuse community. Additionally, he is a Tech Advisory at VenezVit, a platform that can be utilized by NGOs to encourage wickedness-free transmitting and tracking of philanthropic aid by utilizing blockchain technology to assure preciseness and righteousness during the transaction.

He is an extremely experienced personality with an experience of more than twenty-four years. Previously, he served at numerous blockchain-based as well as other organizations holding the position of DevOps Architect at Crystalchain, Blockchain Engineer at EquiSafe, SRE DevOps Engineer at SoftBank Robotics Europe, and Cloud Support Engineer Linux at Amazon Web Services where he supported not only break-fix but also performed on a team that focuses to solve recurring problems and worked on products such as EC2, VPC, IAM, ElasticSearch, VPN, ELB, etc. Moreover, he was IT system manager at 6WIND, OpenSource Engineer at Infolution, and Fedora integrator at Foresight Linux Project.

He believes and prefers to utilize the word contribute instead of the word work because he believes contribution shows passion whereas work shows labor and the trouble to complete it which needs to be rewarded. It has a more positive meaning. He can contribute to numerous projects but can’t actually work on so many projects.  He possesses numerous industry and Technology skills including Virtualization, Shell Scripting, DNS, DHCP, KVM, Linux, Debian, PHP, VMware Infrastructure, vSphere, and many others.