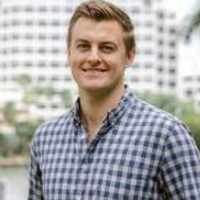 (co-founder at The Giving Block)

Alex Wilson was a tech consultant until he discovered cryptocurrency. He launched The Giving Block, an organization that organizes charity donations using cryptocurrency, with his business partner Pat Duffy in 2018. Apart from hosting its fundraisers, the organization also assists established nonprofits in utilizing the crypto sector by providing the necessary infrastructure. Some of the charities that have accepted bitcoin donations through The Giving Block include the American Cancer Society, Save the Children, and No Kid Hungry.

Unfortunately, 2020 has proven to be a year of many abrupt and unwelcome changes. Wilson, on the other hand, was able to promote the usage of crypto and blockchain as a viable way of charitable giving as a result of this. Throughout the year, The Giving Block ran many projects to aid individuals most affected by the coronavirus outbreak. Hundreds of businesses and individuals contributed to the #cryptoCOVID19 campaign, with Gitcoin and Vitalik Buterin each donating $100,000.

Dave Portnoy, the founder of Barstool Sports and a successful day trader, formed his small-business assistance fund in December, and The Giving Block was picked as the partner to collect Bitcoin donations. In less than 24 hours, more than $750,000 was raised.

Wilson and his team at The Giving Block will undoubtedly want to reduce capital gains taxes for US citizens and to bring the generally divided Crypto Twitter community together. With the COVID-19 pandemic showing no indications of abating, it is hoped that some of the funds and campaigns raised would assist tens of thousands, if not hundreds of thousands, of individuals all over the world. As a result, the use of cryptocurrencies as a form of payment is likely to increase as more people recognize that blockchain-based donations are the way of the future.