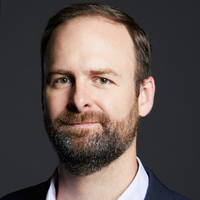 Alex Tapscott is a well-known blockchain, cryptocurrency, and other emerging technology author, investor, and public speaker. He and his father, Don Tapscott, co-authored the international best-selling book Blockchain Revolution. Alex is also the editor of the upcoming book Financial Services Revolution: How Blockchain Is Transforming Money, Markets, and Banking, as well as a contributor to it.

Alex is a co-founder of the Blockchain Research Institute, a renowned blockchain think tank that includes Coca-Cola, Exxon Mobil, Microsoft, and Tencent among its members. He was previously the CEO of NextBlock Global, a blockchain-focused investment business that returned over 150 percent to investors, making it one of the best venture capital investors in the blockchain field. Alex is a CFA charter holder and an Amherst College graduate.

Alex paid a $148,000 penalties to the Ontario Securities Commission in May for deceiving investors in a purported $16 million funding round in 2017, using a slide deck with high-profile advisors who afterwards denied any participation with the investment firm. The OSC fined NextBlock Global, the investment business managed by him, $520,000. Soon after, Alex was fined $25,000 by the Securities and Exchange Commission for violating the Securities Act. Alex voluntarily turned down nearly $2 million in carried interest.

As part of his settlement agreement with the Ontario Securities Commission, He will teach a series of business ethics lectures in 2020. In February, he edited the book "Financial Services Revolution," an anthology of essays authored by finance and blockchain thinking leaders. He is expected to boost his blockchain education and evangelism efforts.